SINCE HIS DEBUT WITH THE ROYAL STOCKOLM PHILHARMONIC IN 1981, ROLAND PÖNTINEN HAS PERFORMED WITH MAJOR ORCHESTRAS THROUGHOUT THE WORLD. HE HAS BEEN INVITED TO MANY PRESTIGIOUS FESTIVALS INCLUDING SCHLESWIG-HOLSTEIN, VERBIER AND MOSTLY MOZART FESTIVAL, N.Y. AND WORKED WITH CONDUCTORS LIKE ESA-PEKKA SALONEN, RAFAEL FRÜHBECK DE BURGOS, EVGENY SVETLANOV AND LEIF SEGERSTAM TO NAME A FEW. HIGHLIGHTS INCLUDE PERFORMANCES WITH THE PHILHARMONIA ORCHESTRA IN PARIS AND LONDON, LOS ANGELES PHILHARMONIC IN THE HOLLYWOOD BOWL, WITH THE SCOTTISH CHAMBER ORCHESTRA IN GLASGOW AND EDINBURGH AS WELL AS APPEARANCES AT THE LONDON PROMS WHERE HE HAS PLAYED BOTH THE GRIEG PIANO CONCERTO AND THE LIGETI PIANO CONCERTO.

Thanks to an insatiable musical appetite and a stupendous technique he has acquired a vast repertoire ranging from Bach to Ligeti. The emphasis is on the ”golden era” in piano literature from the 19th century – through the first half of the 20th century with composers such as Debussy, Busoni, Szymanowski and Rachmaninov. Often immersed in large scale projects Pöntinen has recently performed the complete cycles of Beethoven Sonatas and Années de pèlerinage by Liszt.

Many composers, among them Sven-Erik Bäck, Veli-Matti Puumala, Anders Eliasson and Anders Hillborg, have dedicated works to him and in 2007 he gave the world premiere of Shchedrin’s Romantic Duets together with the composer at the Verbier Festival. Always in great demand as a chamber player Pöntinen has worked with artists of distinction like Barbara Hendricks, Janine Jansen, Nobuko Imai, Peter Mattei, Martin Fröst, Zvi Zeitlin, Ulf Wallin, Torleif Thedéen, Håkan Hardenberger, Arve Tellefsen, Christian Lindberg and Nicolai Gedda.

During last two seasons he has toured Japan, Taiwan, England, Scandinavia and Holland. In June 2017 Pöntinen recorded Bernstein’s The Age of Anxiety with the Arctic Philharmonic Orchestra conducted by Christian Lindberg, adding to an extensive discography of nearly 100 recordings for a.o. BIS, c p o, Arte Nova, EMI, Philips and his own label Haddock.

Roland Pöntinen is also active as a composer and his Blue Winter was performed by the Philadelphia Orchestra under Wolfgang Sawallisch at Carnegie Hall in 1998. His latest work, L’éléphant rose for trumpet and piano, written for Håkan Hardenberger, was premiered at Wigmore Hall in 2016. He has also arranged music by Legrand, Joni Mitchell and Weill for Hardenberger and Academy of St Martin in the Fields.

Pöntinen is a member of the Royal Swedish Academy of Music and in 2002 he received the Litteris et Artibus – a royal medal for recognition of eminent skills in the artistic field.

The first works of Roland Pöntinen, not counting numerous compositional attempts of his childhood, were composed for his own jazz group, formed in 1981. The music was a mix of be-bop, fusion and Pöntinen’s own melodious style and scored for the flexible number of players in the band: piano, bass, drums, strings, saxophones, sometimes with an added flute or bassoon. One of these pieces, Camera, a continuous melody of eighty bars, never repeating any section, was later transformed into a work for trombone and piano, dedicated to Christian Lindberg. The extensive collaboration with Lindberg soon resulted in a bigger piece for trombone and strings, Blue Winter, which was written especially for Christian Lindberg’s CD The Winter Trombone but never performed live. Blue Winter was premiered more than ten years later in Philadelphia and in Carnegie Hall, New York, by trombonist Nitzan Haroz and The Philadelphia Orchestra under Wolfgang Sawallisch. Pöntinen writes music as often as his busy touring schedule as a concert pianist permits and even then only for his own pleasure or if a good friend like Martin Fröst or Håkan Hardenberger would ask him to. His undiminished interest in jazz and pop music has inspired him to write many arrangements of music by Kate Bush, Radiohead, David Bowie and others. His most recent achievement in this field are arrangements of songs by Weill, Legrand, Joni Mitchell i.e. written for Håkan Hardenberger and recorded by Hardenberger and Academy of St Martin-in-the-Fields on the CD Both Sides Now, (BIS SACD-1814).

Danse Serpentine was composed for clarinetist Martin Fröst and premiered by Fröst and the composer in Wigmore Hall in April 2010. The duo also played the piece in Cologne and Berlin. Hillary Finch wrote in The Times after the London premiere: ”Pöntinen’s own Danse Serpentine was written specially for this Wigmore Hall premiere, and its eight minutes of curves and flurries were an artfully shaped showpiece for both performers as tone-colourists.” A later version of this piece for violin, two pianos, celesta, vibraphone and marimba was premiered in Accademia di Santa Cecilia, Rome, in November 2010. The musicians were: Mats Zetterqvist, Roland Pöntinen, Roberto Prosseda, Alessandra Ammara, Anders Loguin and Rodolfo Rossi.

Roland Pöntinen is one the most widely recorded contemporary pianists with well over 100 titles on labels like BIS, c p o, Philips, EMI, Arte Nova and his own label Haddock. The repertoire on these recordings mirrors his interest in a variety of musical styles, much of the well known literature for piano from Bach to Ligeti but also a good share of more seldom heard works by Busoni, Pfitzner and Szymanowski. Pöntinen’s recordings are often linked to certain themes.

Evocation (BIS-661) reflects his fascination for a bygone era, the ”Golden Age of The Piano” and is performed on a Steinway from 1898.
On For Agnès (Haddock, HDDK 1908), dedicated to his daughter, Pöntinen plays famous pieces with a children’s theme, from Schumann’s Kinderszenen to a selection of Children’s Songs by Chick Corea.
Evening Bells (BIS-1164) is a Christmas album with Liszt’s Weihnachtsbaum as centre piece combined with works by Bach, Messiaen and Busoni.
Pianorama (BIS-1326) is a cinematic recital with music from some of Pöntinen’s favourite films (by Fellini, Kubrick, Bergman, Malles a.o.) including his own arrangement of Nino Rota’s music from Amarcord.
On two recordings Pöntinen plays the harpsichord, Schnittke Concerto grosso No.1 (BIS-377) and Bach & Sons/My Bach on Viola (Japan title) with violaist Nobuko Imai  (Philips 454 449-2).
Sometimes he likes to improvise on the spot, like in the end of his own piece, Camera, on The Burlesque Trombone (BIS-318) or in the cadenza of Puumala’s monumental piano concerto Seeds of Time (Alba, ABCD 319). 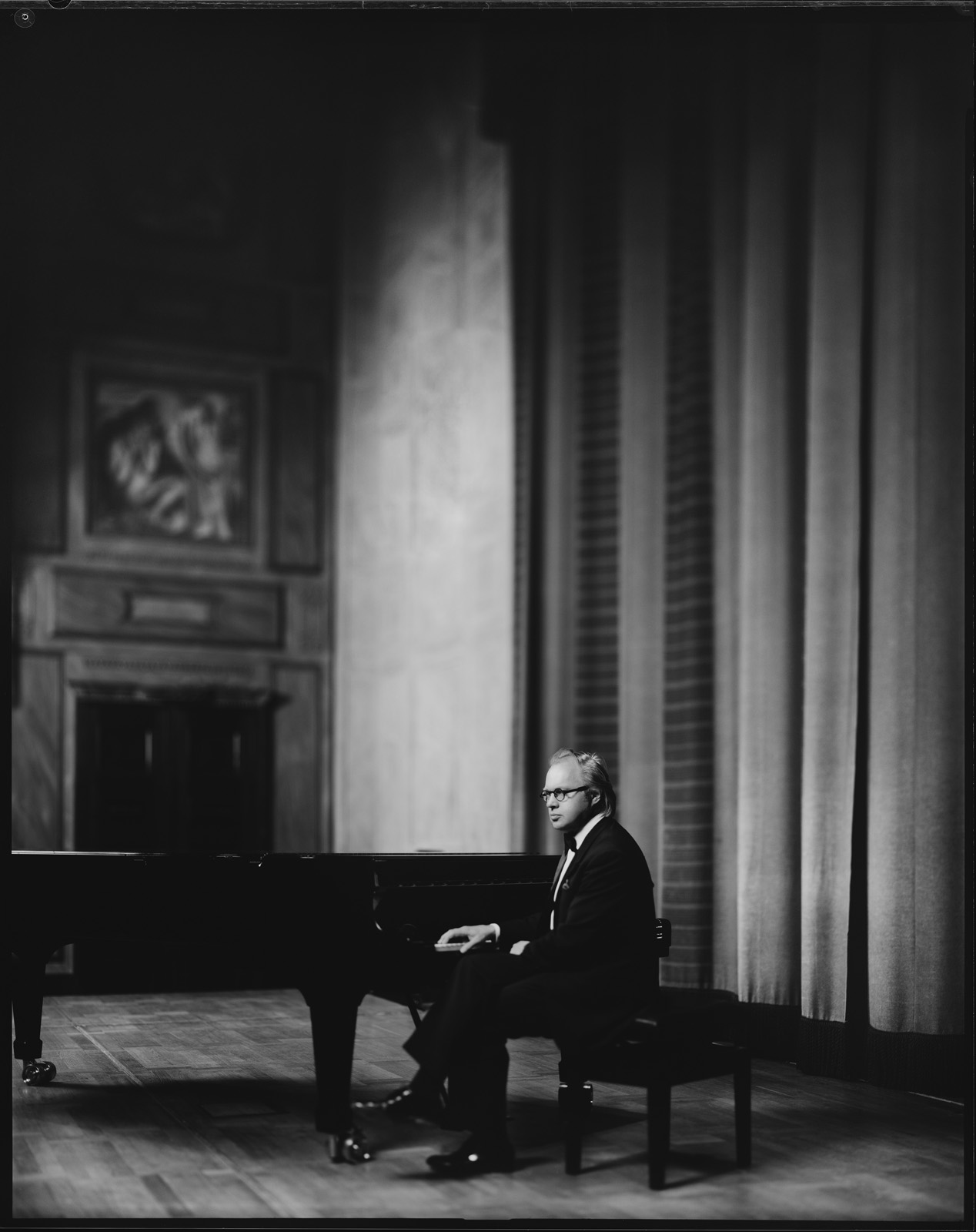 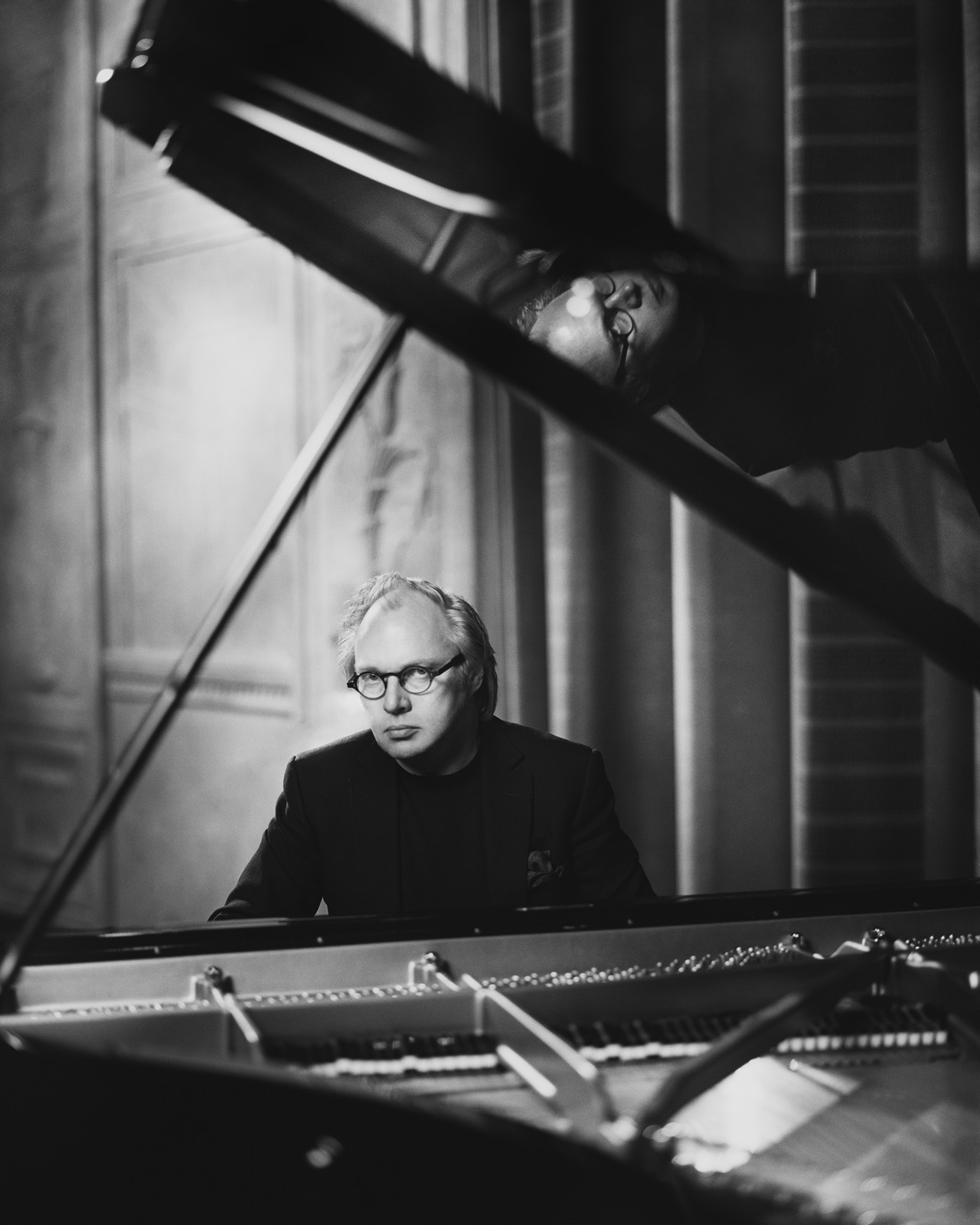 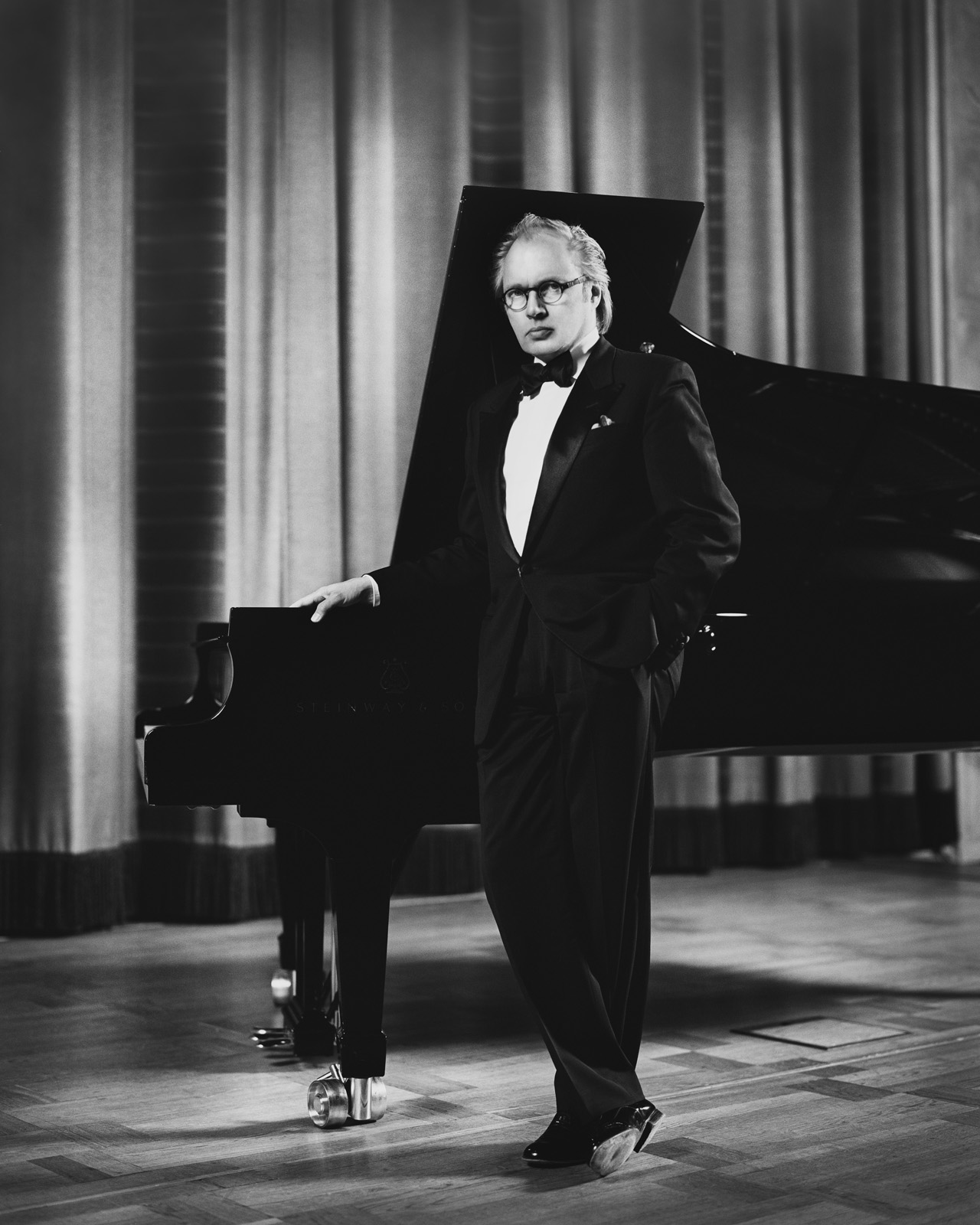 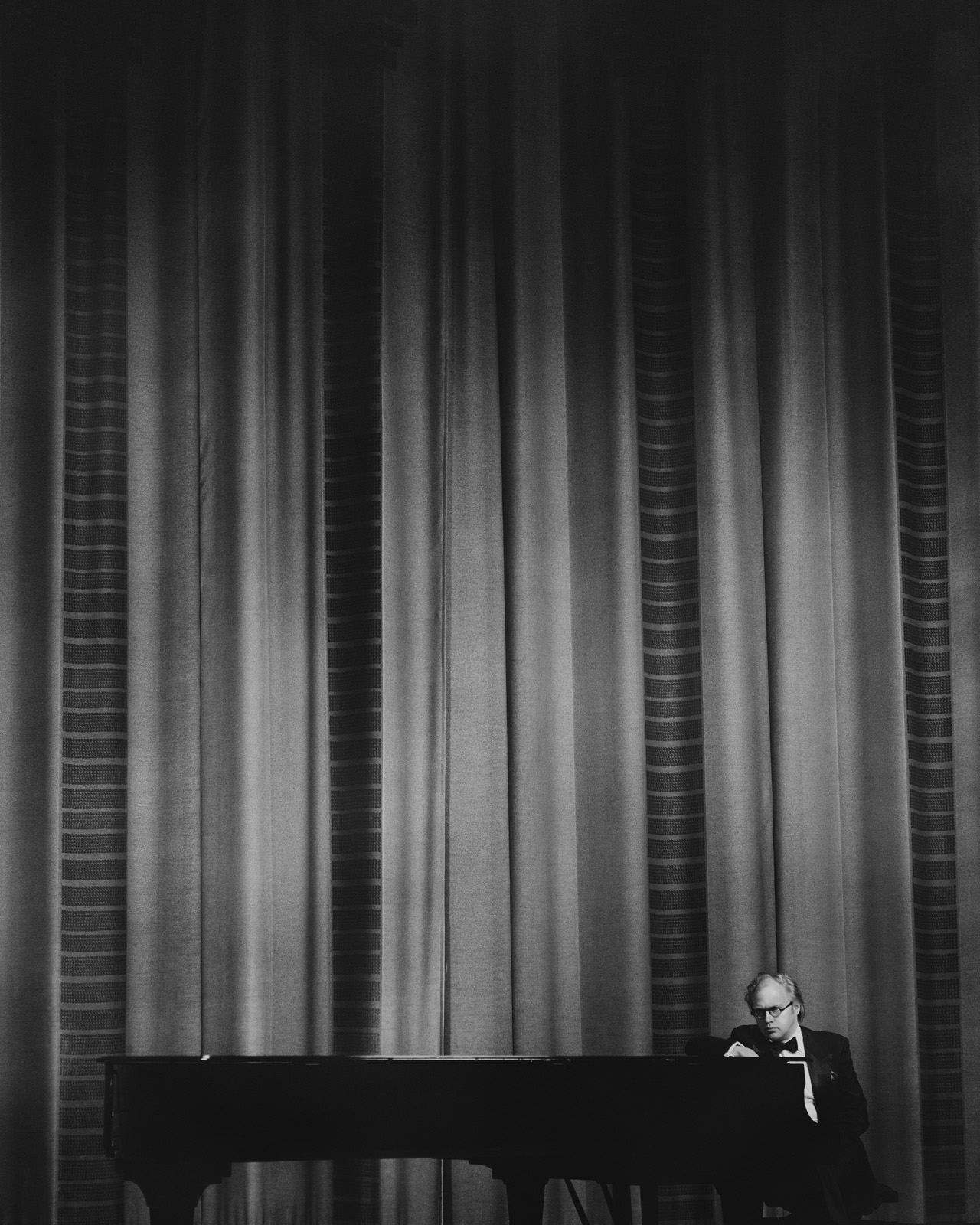 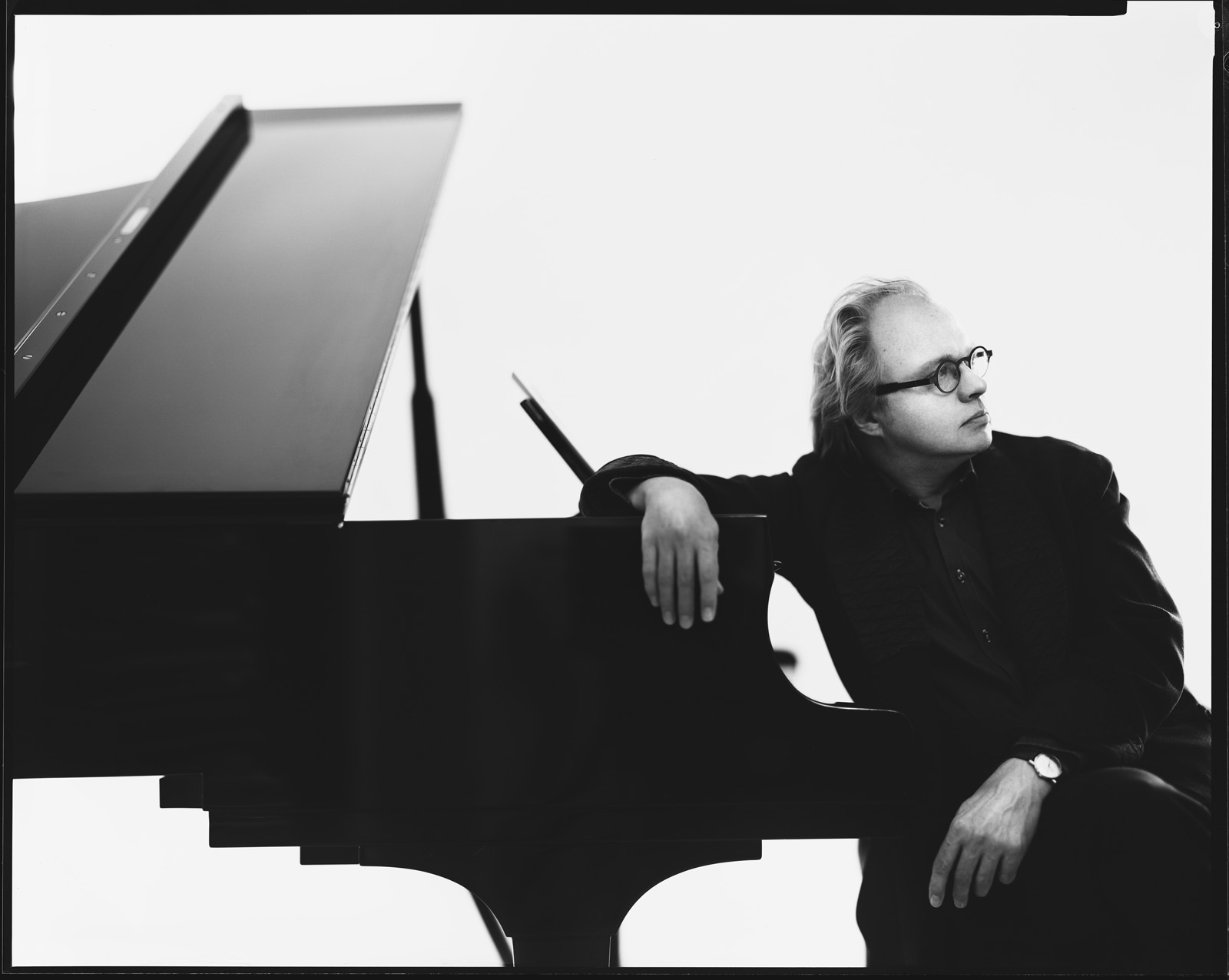 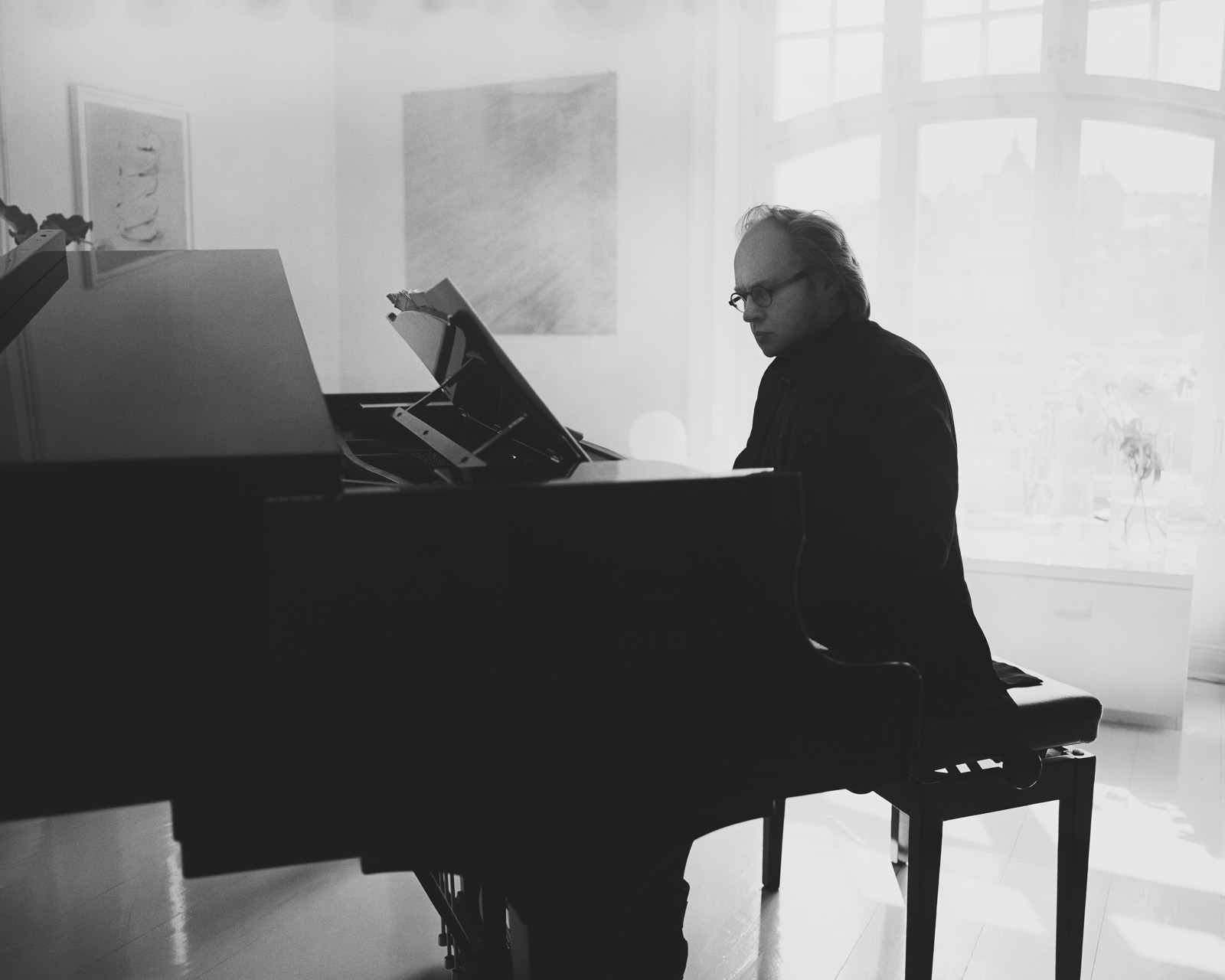 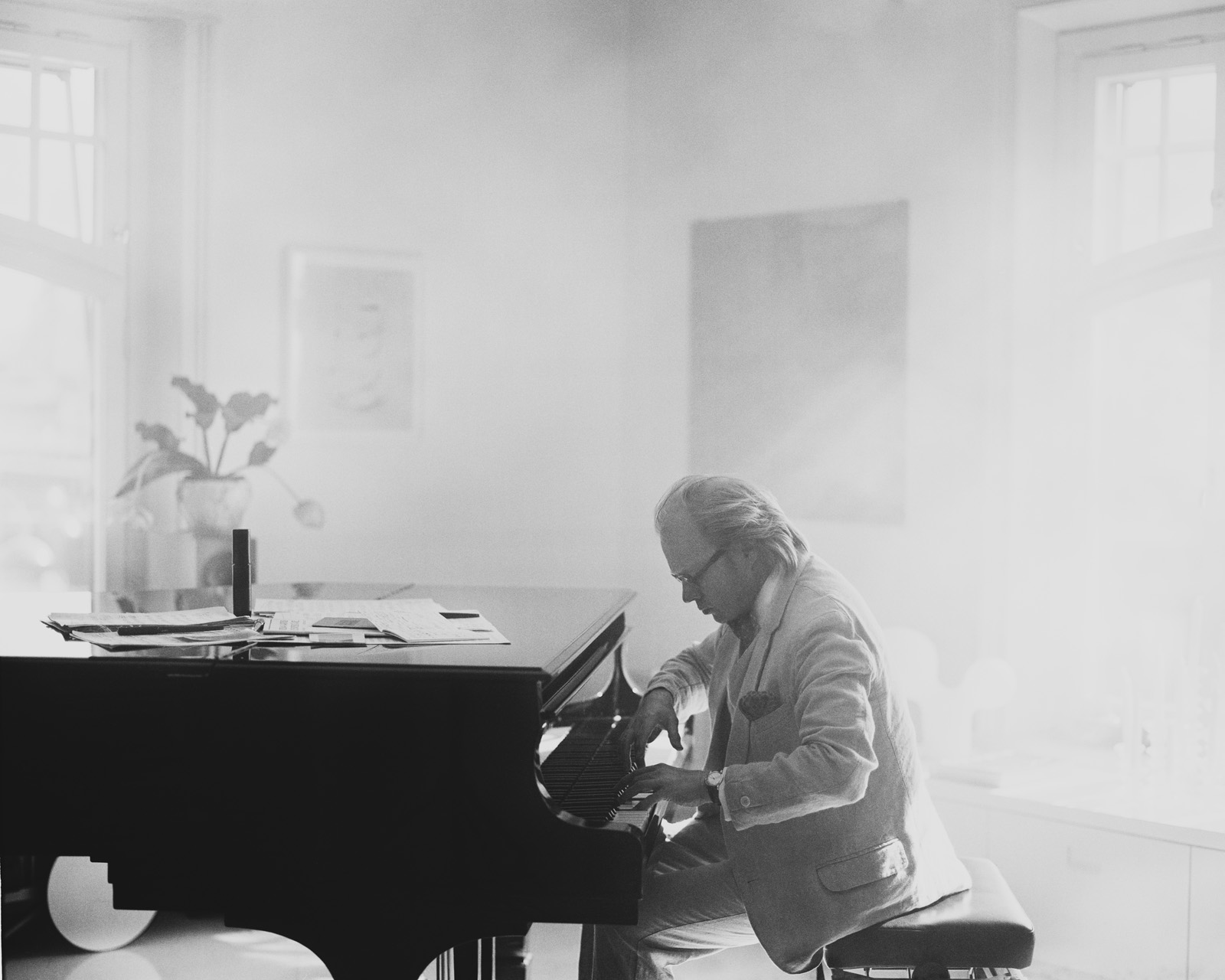 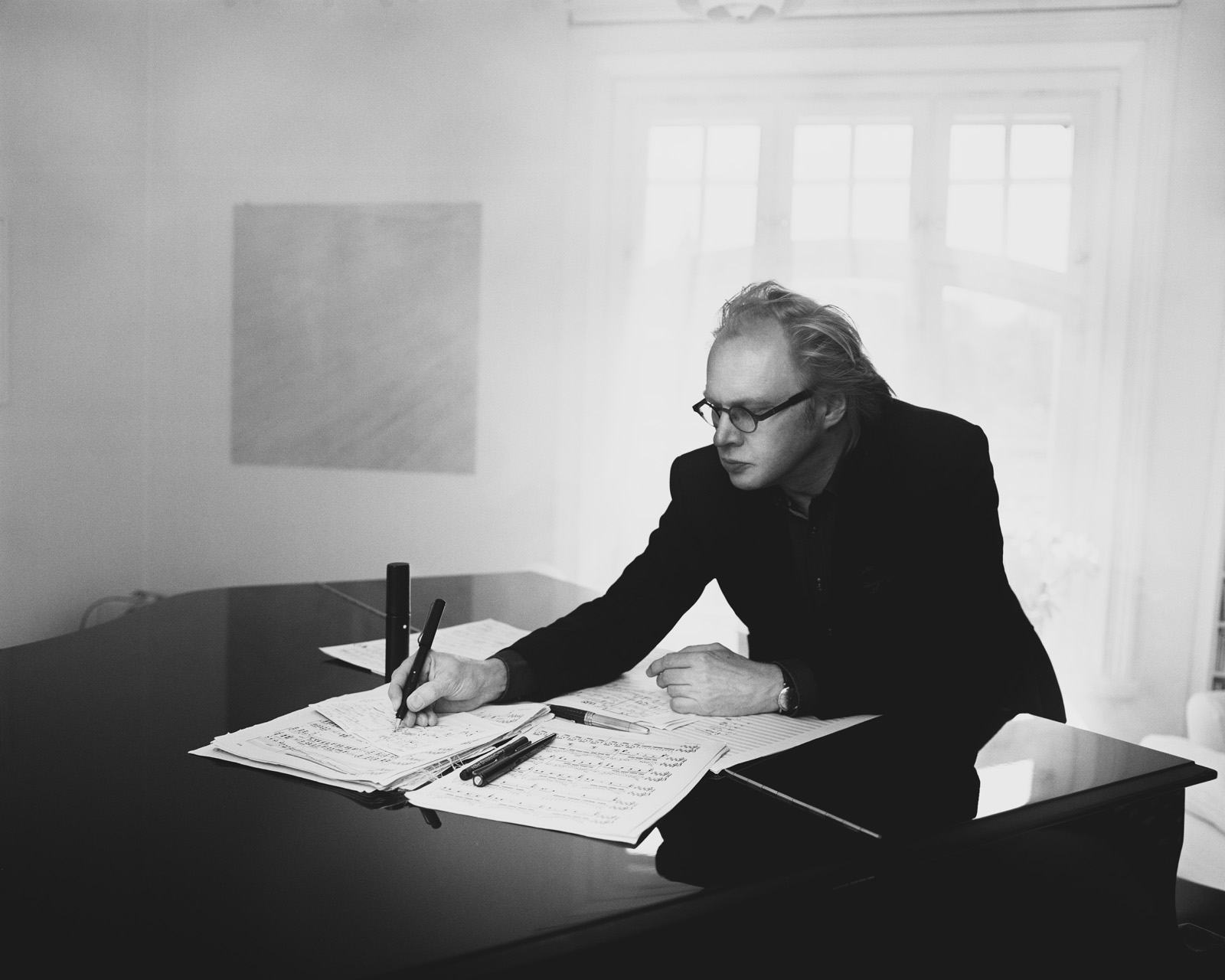 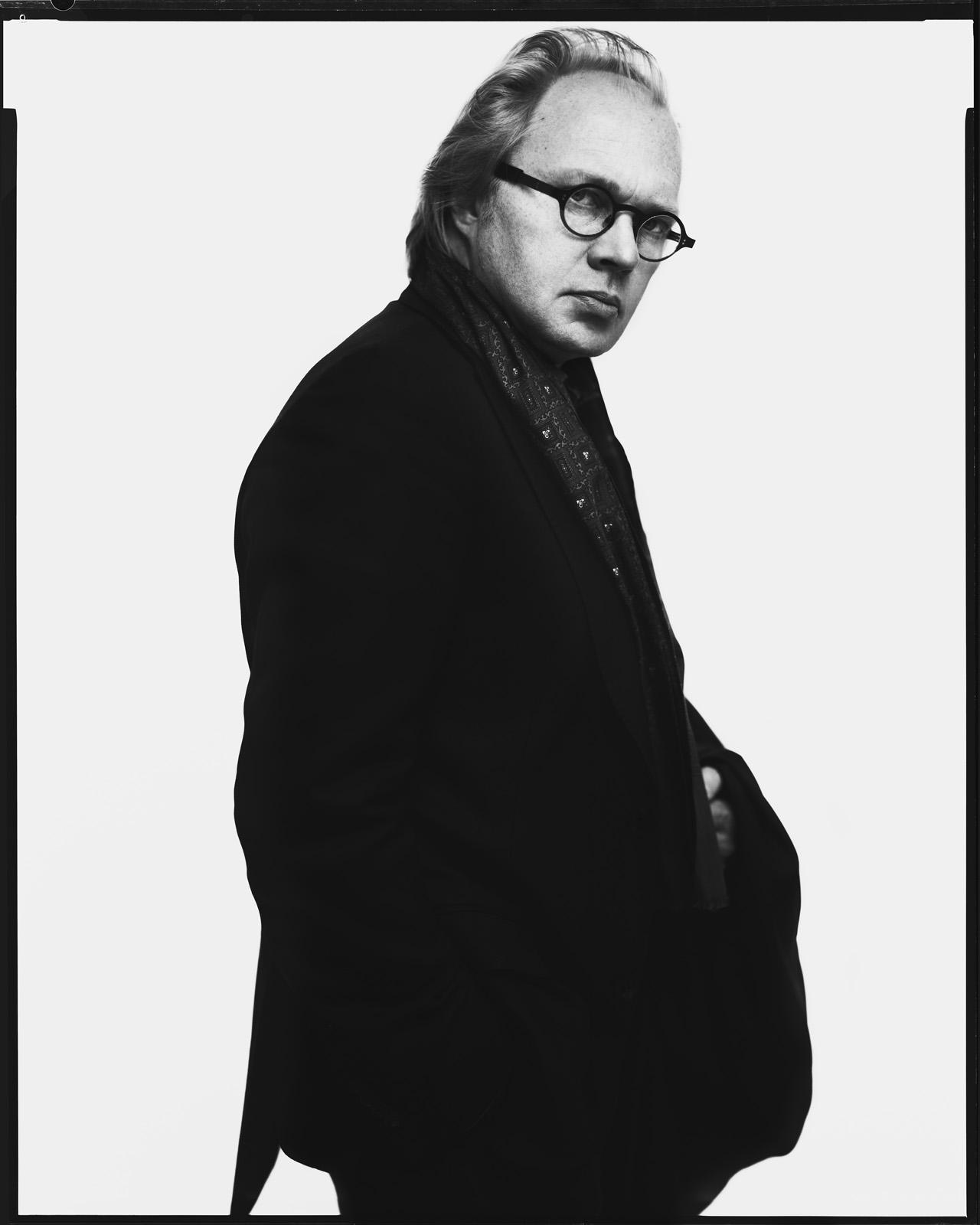 Åke Holmquist In May 2015 Roland Pöntinen played the tenth and last concert of a series with the complete sonatas by Beethoven at Kulturhuset Ytterjärna, outside Stockholm. As a sequel to this large scale project Pöntinen now presents selections from the 32 sonatas together with Åke Holmquist, author of the much praised Beethoven-Biografin, published by Albert Bonnier publish ...
>>>   Read more

Pöntinen’s traversal of the complete series of Années de Pèlerinage gives the full picture and all facets of Liszt’s genius – from the daring experiments of youth through the mature and brilliant middle period to the austerity and mysticism of Liszt’s old age. The poetic images conjured by the Swiss alpine landscape in the First Year, intense readings of Dante or Petrarca and i ...
>>>   Read more

IN A LIVING TRADITION – A HOMAGE TO ISADORA

Dancer Lilly Zetterberg and Roland Pöntinen perform dances by Isadora Duncan. A mixed program of Chopin, Gluck and Scriabin with choreographies from different times in Isadora’s life. Starting from her early work (ca 1904) – to her last piece in 1924. Premiered at Forum, Stockholm, 7 May 2014 ...
>>>   Read more

LISZT AT THE OPERA

Roland Pöntinen presents some of Liszt’s most celebrated opera transcriptions including Réminiscences de Don Juan, Danza sacra e Duetto finale from Aida and Isolde's Liebestod. These lavish and beautiful pieces are performed in the appropriate mileu – the theatre or at the opera stage and their sheer brilliance is underlined by light design and, if available, stage sets of the ...
>>>   Read more